A Glossary of Contemporary Art 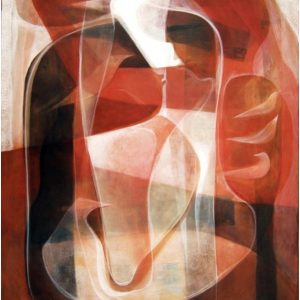 Once the traditional forms are abandoned, contemporary art pushes its limits as it rarely did before.
Contemporary artistic trends
Contemporary modern abstract art, all over the world, is characterized by questioning the nature of art (what it is, what it should be, who it is for), from a historical perspective, accompanying experiments and innovations. The content of the resulting works goes from deeply personal research to public inquiry into social and political issues. In terms of form, contemporary works are produced in a methodical and rational or free and intuitive manner, individually or collectively.
Once the traditional forms are abandoned, contemporary art pushes its limits as it rarely did before. He studies the relationship between the end and the means, re-establishes the boundaries between art and “reality” and redefines the object of art in its aesthetic, social and economic context. During this period, evolution was also favored by the influx of ideas on art from various countries, but especially from the United States. However, as modernism gives way to postmodernism, Europe is gradually becoming a center for the dissemination of new ideas. The need to experiment is fueled by the arrival of new materials and instruments, created thanks to technological progress, such as plastics, lasers, new photographic techniques (notably holography), computer technologies and virtual reality that ‘they create, as do the media (which by their nature offer new contexts and are accessible to a wider audience).
Conceptual art
Conceptual contemporary painting maintains that since the traditional forms of painting and sculpture are obsolete and that abstract art is hardly better, the goal of artistic creation is to highlight a certain “essence of art which exists regardless of the form it can take. The main legacy of conceptual art in Canada lies more in a way of conceiving art than in notable works, although the most remarkable ideas are those which are attached to a certain sense of form and which are not therefore not really conceptual. Snow works mainly according to a process which systematically explores the intrinsic potential of the camera. He thus produces films and works that are fragmented or disciplined, coherent and of great poetry. Snow’s works, which are internationally renowned, are a source of inspiration for many artists, especially those who believe that art survives or disappears depending on the strength of the concept that gave birth to it.
Body art
While conceptual contemporary art paintings is practiced in Eastern Canada, the form of body art in which the artist is both the source of all ideas about art and the ultimate instrument for their realization turns out to be the most popular. In Vancouver, body art is part of the aesthetics of anarchic satire and expressive indulgence that characterize the works of Al Neil and the artists of the Western Front. In Toronto, it allows many artists to be interested in exploration and self-expression. It is used everywhere to serve the cause of women. Montreal artist Sorel Cohen creates a montage in which she sums up the physical activities (making the bed, cleaning the windows) and the social role (manager and housewife) traditionally assigned to women. Given the lack of sensitivity expressed by minimalist art and conceptual art, Cohen’s photographic sequences directly reproduce, without poetry and without dramatization, these physical activities.
Environmental art
In environmental art, the consciousness of the person expands to the consciousness of the world around him.
Collage
An artist can obtain the many canvas wall art circulating on the international network of visual arts, poetry, literature and music on request, thereby increasing their chances of making juxtapositions and links between various elements that have all a certain value. These same ideas inspire Glenn Lewis’ “Great Wall of 1984” (1973). Lewis invites 165 people to participate in a huge collage which consists of collecting 365 Plexiglas boxes and stacking them along a wall, which does not fail to attract the curiosity of visitors to the National Science Library in Ottawa.
Visit our website to discover more about art online .

The GLCC is supporting ALL businesses and organizations in the Greater Lowell Community during this time.Covid-19 Resources
+