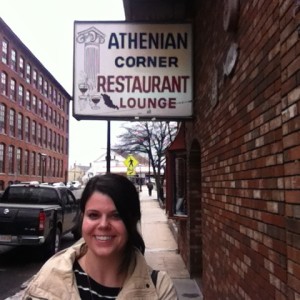 Here at the Chamber we love our members, and we also love to eat, which is why in this week’s post, we chose to feature one of our favorite restaurants, the Athenian Corner Restaurant and Lounge! If you live in the Lowell area, it’s a pretty safe bet that you’ve eaten at the Athenian, or at the very least heard of it, it has been around for over 40 years after all! We were lucky enough to sit down and chat with Teddy Panos, whose family has owned and operated the restaurant since it opened.

Teddy was able to tell us about the history of the restaurant and even gave us a behind the scenes tour of the facility. It opened in the fall of 1974 with Stavros Panagiotopoulos and his brothers at the helm, they slowly went their separate ways but Stavros, his wife, and children all continued to work there. Now, Stavros has handed the reins to Teddy but he and the rest of the Panagiotopoulos family are still frequent visitors and actually happened to be present during our visit!

When we asked Teddy what his favorite thing was about working there, he said it’s the fact that you never know who you’ll get to meet, and often times you end up forming relationships with the long-time customers. He also couldn’t leave out the family aspect of it, and enjoys that he gets to remain close with everyone and that they are there to help him get through the busy times.

Speaking of busy times, if you’ve eaten at the Athenian, you’ve probably also seen one of the live performances there! Stop in one Thursday, 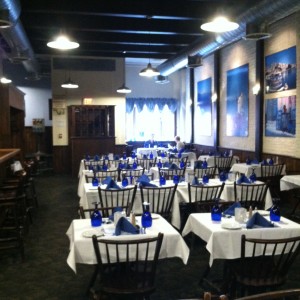 Friday, or Saturday night, and you may feel like you just hopped off a plane to Greece! They have Greek and Middle Eastern belly dancers performing with a house band that has been there since 1980, which Teddy describes as a “dinner theater experience”. Dinner and a show, who wouldn’t love that?

We’ll also be seeing a lot from the Athenian Corner this summer, as they always have live music and their Athenian To-Go Tent set up for the Folk Festival weekend (July 24-26, 2015), and we know we’ll be stopping by for a kebob or two! Another thing to look forward to this summer is their “Concerts on the Corner” series, which features local musicians who perform mostly their own original music, along with some classic covers. This started in 2010 and has continued to be a huge hit every year, so keep an eye out for this to begin mid-June and run through the end of September!

Oh and did we mention their AMAZING food? From the egg lemon soup, to the spanakopita, to the baked lamb garnish, you can’t go wrong at the Athenian. Teddy and his awesome kitchen staff, Raymond and Alex, were nice enough to bring us back into the kitchen and show us where the magic happens! If you end up going for lunch or dinner, you’ll definitely want to pick up a bottle of their homemade salad dressing, “Thea’s Secret”, and may even want to try one of their specialty Greek liquors while you’re at it!

Whether you stop in for some authentic Greek food, a quick drink, or to see one of their live performances, we guarantee that you’ll leave with a smile on your face and a spring in your step. 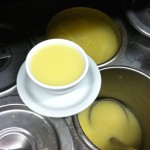 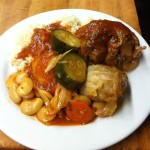 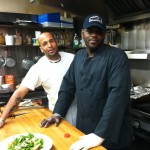 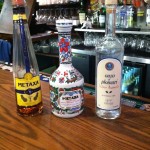 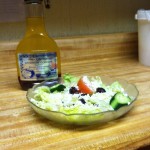 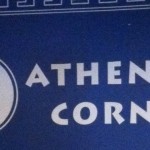